The Reno News & Review (RN&R) is a weekly alternative paper that covers the Northern Nevada area, and holds an annual short fiction contest. Laura has been awarded 1st place three times, and 2nd or 3rd many times. But her favorite was not for a win, but for 2nd place. Her short story, Catholic Girl, was an innocent story about first communion. The first few lines of the story were later printed in the Catalyst, a national newsletter published by the Catholic League, a group of 350,000 people who, it claims, seek to protect Catholics from defamation or discrimination. The Catalyst called for RN&R’s readers to boycott the RN&R for “rewarding bigotry.”

The RN&R received dozens of letters from all across the country and felt compelled to print a cover story, BURN IN HELL, about the controversy.  (The RN&R, for the record, reported that local area Catholics who were able to read the story in its entirety, almost unanimously said they had no problem with the piece).

Laura is certain that it is her success in the RN&R that lead her publisher, LeRue Press, giving her query for publication added consideration.

Links below will take you to some of Laura’s award winning shorts: 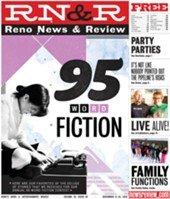 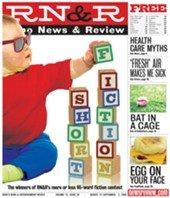